Solar LED streetlights have applications in a range of sectors – residential, commercial and public. For homeowners, lighting a long driveway or a large outdoor area can be a significant investment not just to install, but to operate and maintain. Likewise, commercial businesses needing to light parking lots and laneways can find themselves burdened with huge energy costs related to lighting outdoor spaces. Municipalities, utility providers and provinces across the country face the largest challenges meeting public demand for safe, well lit spaces in an era of rising energy costs and tightening budgets. Solar LED streetlights can provide the solution, offering energy savings as well as reducing the operating, maintenance and ancillary costs. Many businesses and governments are investigating the technology as an energy and cost-saving measure. In this article, we’ll show you why. 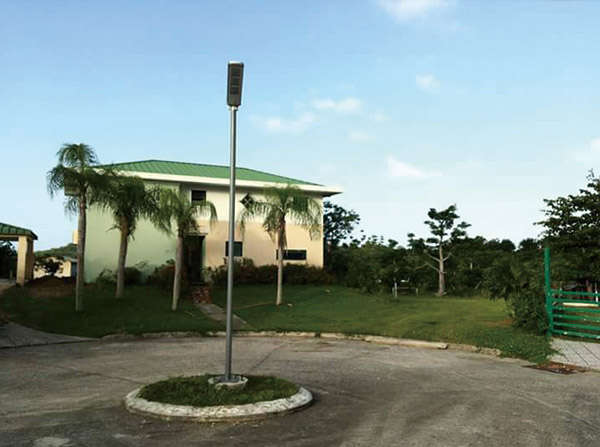 HOW MUCH MONEY AND ENERGY ARE SPENT ON STREETLIGHTS?

Compared to ordinary residential lightbulbs, the money and energy that streetlight bulbs consume add up quickly. The standard high-pressure sodium (HPS) lightbulbs that are most commonly found in streetlights can draw up to 1000 watts. Lighting an outdoor space like a parking lot, let alone a system of roads and walkways, can be a substantial part of the budget for businesses, governments and utility companies. Given that utility rates are on the increase, these costs will only rise. Nate Berg tells Bloomberg that streetlights “are often cities’ biggest or second biggest energy demand, and can amount to somewhere between one-quarter and one-half of a city’s entire energy bill, sometimes even more.” Given how many streetlights span even a small town’s geographical area, that’s not surprising. “It’s our single-biggest line item besides our waste-water treatment plant,” Alex Chapman, the city of Guelph’s program minister of corporate energy, explained to the CBC. The Ontario city is currently replacing its 13,000 HPS streetlights with LEDs. Electricity for the HPS streetlights costs the city of 135,000 people $1.74 million and uses 10 million kWh every year. 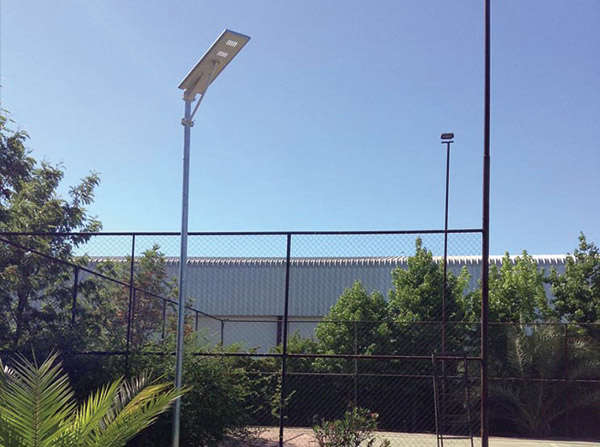 HOW MUCH MONEY AND ENERGY DOES SWITCHING TO LEDS SAVE?

Much like their residential counterparts, LED streetlight bulbs create significant energy savings. Energy savings estimates vary, but all suggest significant decreases in energy consumption. Manitoba Hydro, now in the process of replacing the province’s HPS streetlights with LEDs, estimates their new LEDs will consume 60% less energy. The utility says that the energy savings from switching from HPS streetlights to LEDs throughout the province will save “27,000 tonnes of indirect greenhouse gas emissions, which is equivalent to removing 5,400 cars from the road.” The City of Guelph says its new lights will save them about $750,000 per year between energy savings and the lower rate of maintenance and bulb replacement. Currently in Guelph, streetlight bulbs are replaced every 5 years, so although the initial capital cost of converting to LEDs is higher than it would be to replace worn out lights with new HPS bulbs, Chapman estimates that the new LED bulbs “will pay for themselves in about six years.” To really maximize the cost savings of converting to LED, though, governments and corporations should consider pairing LEDs with solar technology. Solar energy is a particularly good match for LED lights, given the low power they draw. And the rising accessibility of solar technology makes solar a good investment, especially in the long run. 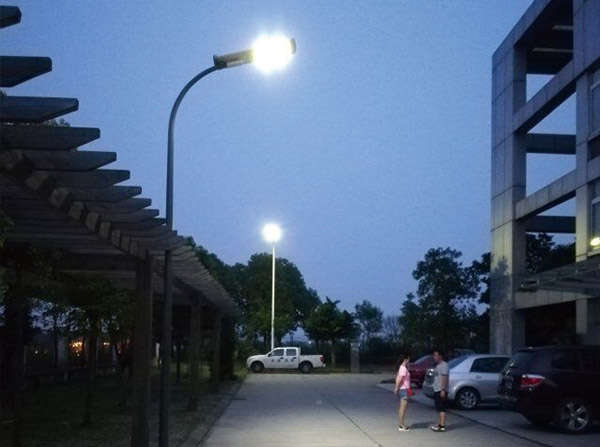 THE DECREASING PRICE OF SOLAR ENERGY

Up until recently, the cost of converting to solar led lighting has given businesses and governments pause over the investment. Now, however, converting to solar makes more economic sense than relying on non-renewable forms of energy. The International Renewable Energy Agency (IRENA) states that the cost of utility-scale solar photovoltaics declined 82% between 2010-2019, “reaching nearly seven cents (USD 0.068) per kilowatt-hour (kWh) in 2019.” PV Magazine cites “improved technology, economies of scale, supply chain competitiveness and the growing experience of developers” as factors in the cost reductions associated with solar energy. It’s great news for those interested in transitioning infrastructure like streetlights over to solar. As the cost of solar energy itself decreases, technology is expected to improve, and the cost of purchasing solar streetlights or converting existing streetlights to solar is expected to decrease. 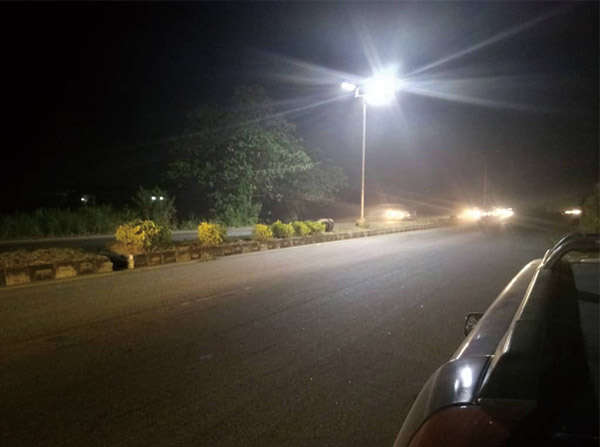 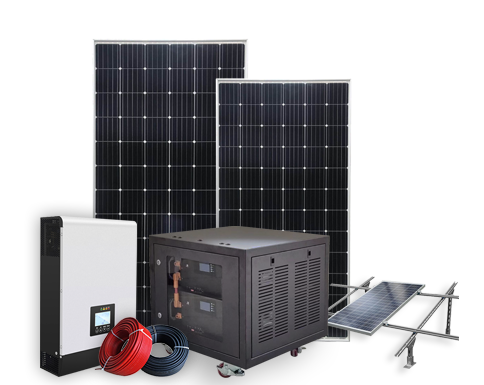 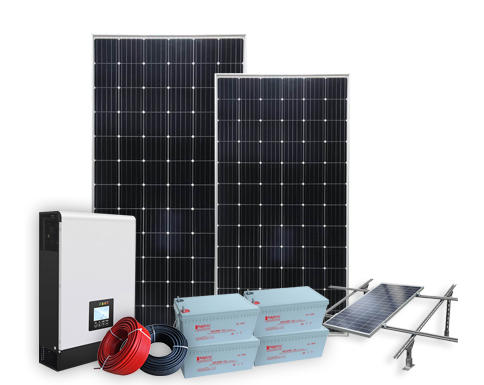 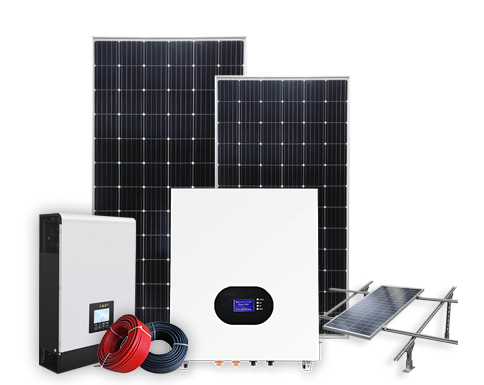 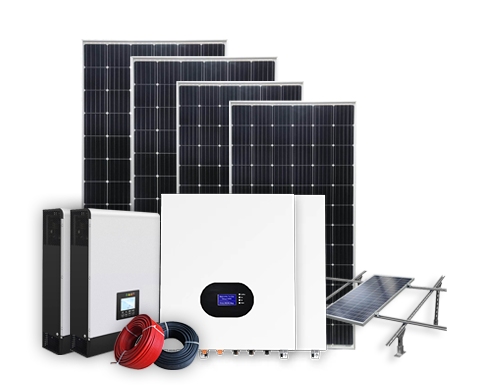 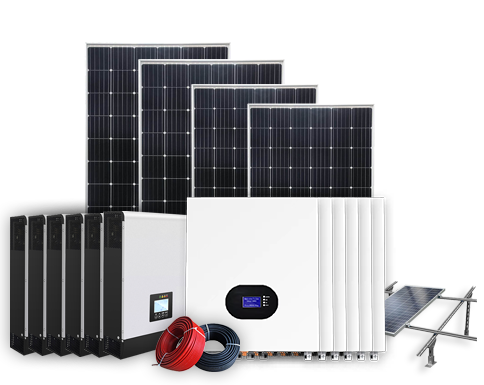